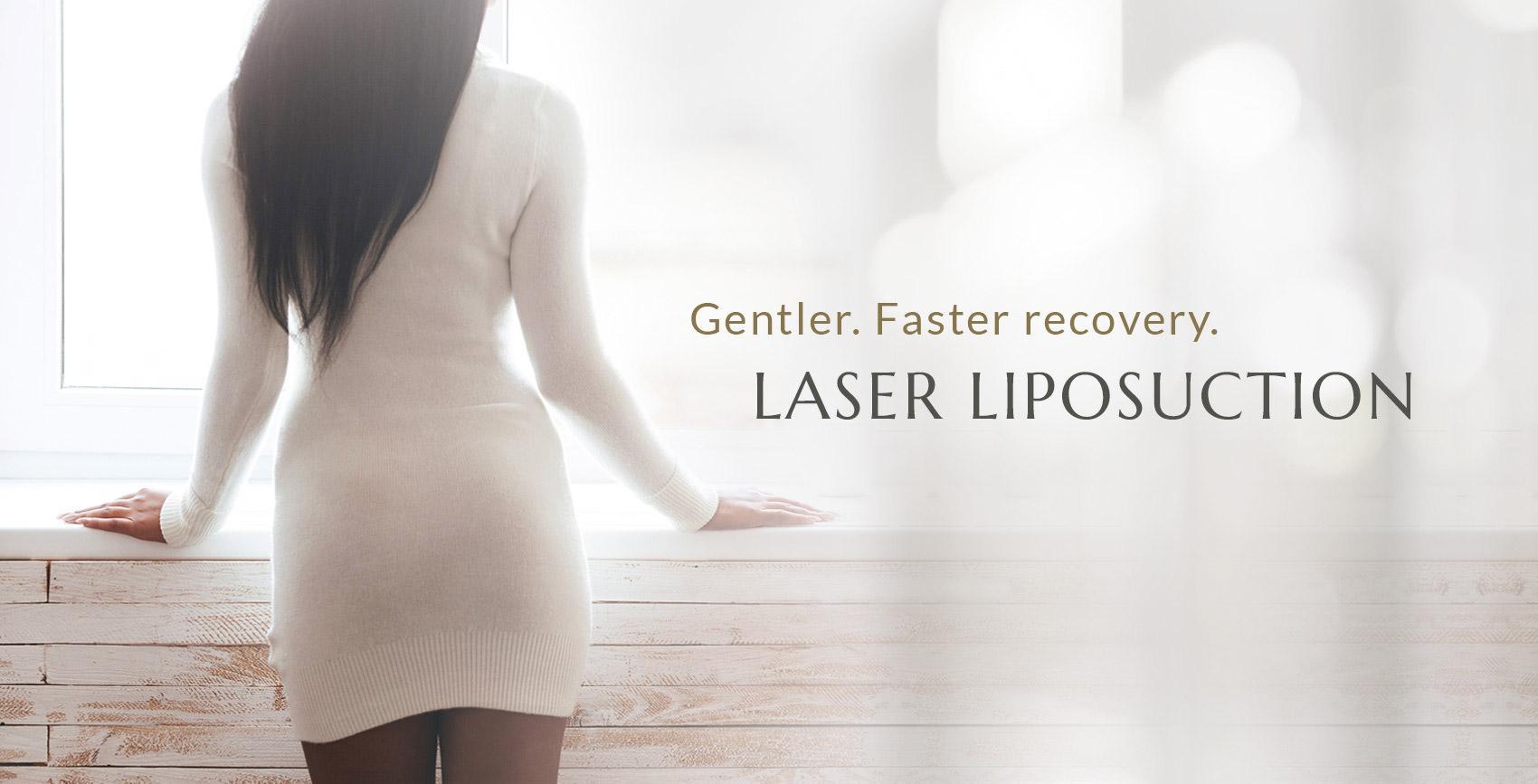 Smartlipo is a revolutionary, minimally invasive treatment that does something no fitness routine in the world can: permanently destroy fat cells. Since you have only a finite amount of these, no new fat cells come back—and you can finally have that body you’ve always wanted.  All of the other procedures cause temporary injuries to the fat cells.  This causes the fat cells to leak fat and then shrink.  After a period of time, the fat cell repairs itself and reaccumulates the fat.

Smartlipo or Laser Liposuction is a new technique that is approved by the FDA for the treatment of fat deposits throughout the body. Smartlipo utilizes a laser through a small needle or cannula. The laser disrupts the fat cells reducing the unwanted fat deposits. The laser energy is also transmitted to the overlying skin producing tightening of the skin.

Smartlipo can be performed almost anywhere there is fat on the body (essentially everywhere). The procedure can be performed under local anesthesia and the procedure is minimally invasive due to the size of the small cannula (1 mm).  The results are dramatic. This has a much faster recovery time with significantly less bruising than traditional liposuction.

Who is a good candidate for Smartlipo?

Smartlipo is best suited for that healthy individual who eats right, exercises, and generally lives a healthy lifestyle, but cannot seem to lose weight from a trouble area…such as neck, love handles, under the belly button, hips, back of the arms…etc…

How much downtime will I have?

Since, Smartlipo is a minimally invasive procedure which usually requires only local anesthesia, downtime is minimized.  Some light bruising can occur, but you can expect to return to work in a couple of days following the procedure.  Some patients are able to return to work the next day, depending on the area treated. Vigorous exercise can be resumed two weeks after the procedure.

YES…Smartlipo produces permanent results. The fat cells that are liquefied and either removed or absorbed do not grow back. The number of fat cells your body has was determined by the time you went through puberty. Once you become an adult, your body does not make more fat cells.  Advancing age and changing weight will produce changes in the shape of the body, but the benefits of the Smartlipo procedure remain.

Will I be awake or under general anesthesia?

With Smartlipo, you can be awake during your procedure. This procedure requires only local numbing to the area treated because it is performed in a less traumatic manner compared to traditional liposuction. This means faster recovery and less downtime. By having patients remain awake during the procedure, we can avoid the risks of heavy anesthesia and evaluate the treated areas during the procedure.

Will I get fat in weird places after Smartlipo?

NO…It is a common myth that the fat removed by liposuction develops in other places after the procedure. Some patients do feel as though other areas of their body get bigger after a procedure  The problem is perspective, not a physiological change. For example, a woman who has had her upper arms treated may feel that her back has grown fatter after the procedure. The true issue is not that her back is growing fatter, but rather that her arms have gotten smaller by comparison.

What happens if I gain weight after Smartlipo?

If you gain weight after Smartlipo, you will gain it proportionally, including in the areas that were treated. It is possible to gain weight again in the treated area, but only in the fat cells not affected by the procedure.

Will Smartlipo help with cellulite or sagging skin?

Smartlipo can help with the appearance of cellulite by disrupting the fat cells in the area. The laser also will disrupt the fibrous septae that contribute to the “dimpling appearance”.  Smartlipo will also help promote skin tightening in the affected area.

How much bruising or swelling will I have?

Smartlipo uses a small laser wand inserted into tiny incisions in the skin. With this technique, patients experience less bruising and swelling than with the traditional liposuction techniques.  Some patients will have almost no swelling or bruising while others may have a small amount of swelling or bruising for about a week.  The procedure does not require stitches nor the placement of drains.

How long will it take for the incisions to heal?

The tiny incisions usually close within a week, and become completely healed with no scabs within 2 weeks. The incision sites become less and less visible over 3 to 12 months, often times fading until they are invisible.

How long will it be until I see results?

Results can be visible the next day and they continue to improve with time.  The fat is removed permanently that day and the process of skin tightening continues for 6 months. Final results vary from patient to patient and depend on age, areas treated, the amount of fat removed, and individual healing times. There is no way to accurately predict your healing time or how quickly you will see results. Most patients will see 80% of their ultimate result within one to three months after their procedure.

How many areas can be treated at one time?

The number of areas that can be treated at one time depends on your height and weight. Dr. McKay will decide how many areas can be treated safely during the procedure.